Czech nymphing is a method of fly fishing where a team of flies are fished at close range with a short line tight to the riverbed.

The term “Czech nymphing” derives from the 1980’s when the Czech national fly fishing team adopted the method from local fly fishers whilst competing at an international match in Poland. It was found to be a very efficient way of catching fish hugging the riverbed and so the team went on to use it with great success.

The idea with this method is to get the flies down to the bottom as quickly as possible so these weighted nymphs have a slim profile to aid this. Normally a team of three flies are fished on the leader with the heaviest fly positioned in the middle which pulls the trio of flies down to the riverbed where the other two flies fish just above the bottom. If you fish the heaviest fly on the point the top dropper fly will fish too high in the water and over the top of the fish. 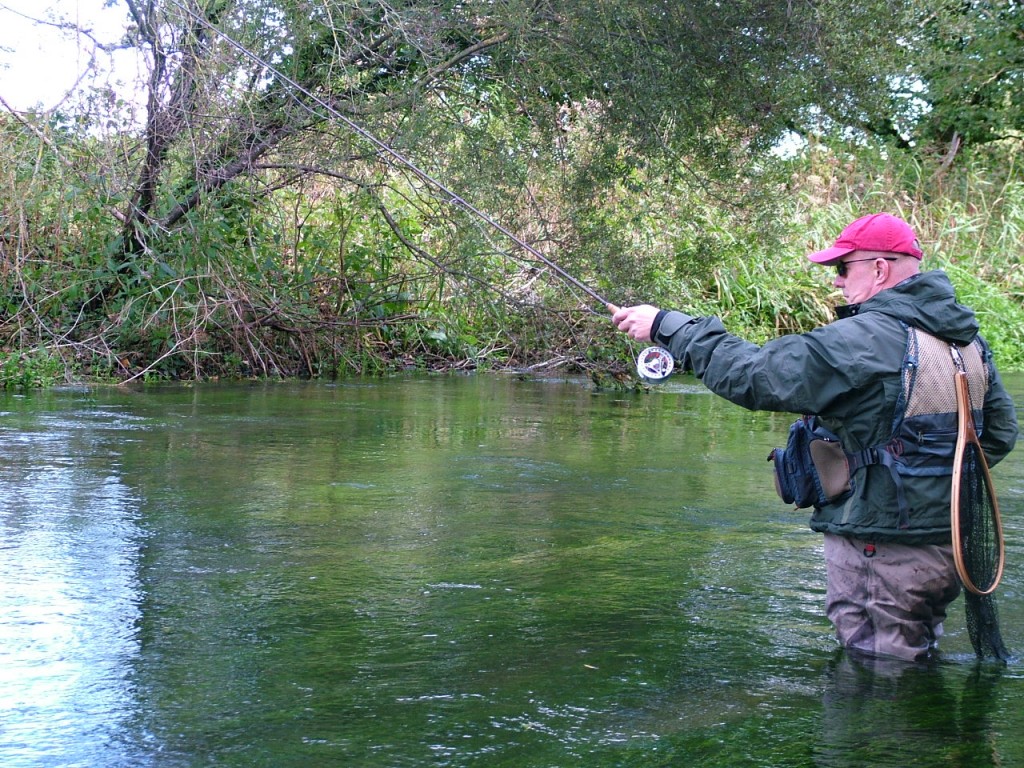 With this method there is no real fly cast involved, in fact if you try and use a conventional fly cast you will end up with the mother of all tangles! All that is required is a few feet of fly line outside the rod tip then just a gentle lob upstream. Allow the flies to sink, then raise the rod tip and follow the flies back under the rod tip, being careful to keep the fly line just above the surface of the water. Watch the fly line and leader then strike at any abnormal movement you see in these such as a slight dip of the line, a stop of the line or a sideways movement. To aid bite detection you can colour the tip of the fly line or attach some form of indicator to the top of the leader. The key is to follow your flies with the rod tip and keep in contact with them at all times. Once the flies have passed you and are downstream all that’s needed is to give a short sharp strike to raise the flies towards the surface then a gentle flick upstream to set them fishing again.

Because this method is fished at close range it works best in broken water which makes the angler less visible to the fish but remember to still wade slowly and carefully as not to spook the fish. Water with a bit of colour is again favourable, again offering the angler some cover. Make sure you cover all the water with your flies from bank to bank, especially the creases just off of the main flow where a lot of fish tend to sit and don’t be shocked to be catching fish you’re almost standing on!